Inspired by the gardens of Europe, Ninah May Holden Cummer gathered a group of 17 friends in her Riverside home on March 25, 1922, to organize a garden club to create a more beautiful city. This group ultimately was to become the Garden Club of Jacksonville.

When founding members created the club, they envisioned a small organization to further their garden research and to enhance city spaces. Because they did not have a clubhouse, they met in individual member’s homes, which necessarily limited enrollment. However, the new club was such a success that within a few months more than 100 women asked to join. The idea of garden circles was initiated. Each circle’s members meet monthly from October to May either at the Garden Club or in neighborhoods all over the greater Jacksonville area. In 2019, the Garden Club launched Friends memberships, so anyone in the community can take part in Garden Club programs.

The Garden Club of Jacksonville was one of the four clubs founding the Florida Federation of Garden Clubs (FFGC) on April 24, 1924. During the early years, the Garden Club focused on civic projects and city planning, especially the creation and revitalization of city parks. The Garden Club was instrumental in preserving many of the city’s ancient live oak trees and even replaced many sycamore trees with live oaks in an effort to “Save the Trees and Make Jacksonville an Evergreen City.” The Garden Club, along with philanthropist Jessie Ball duPont, helped rescue the historic Treaty Oak, a landmark well worth saving for the benefit and enjoyment of the public. It is located in what is now the Jessie Ball duPont Park on Prudential Drive. 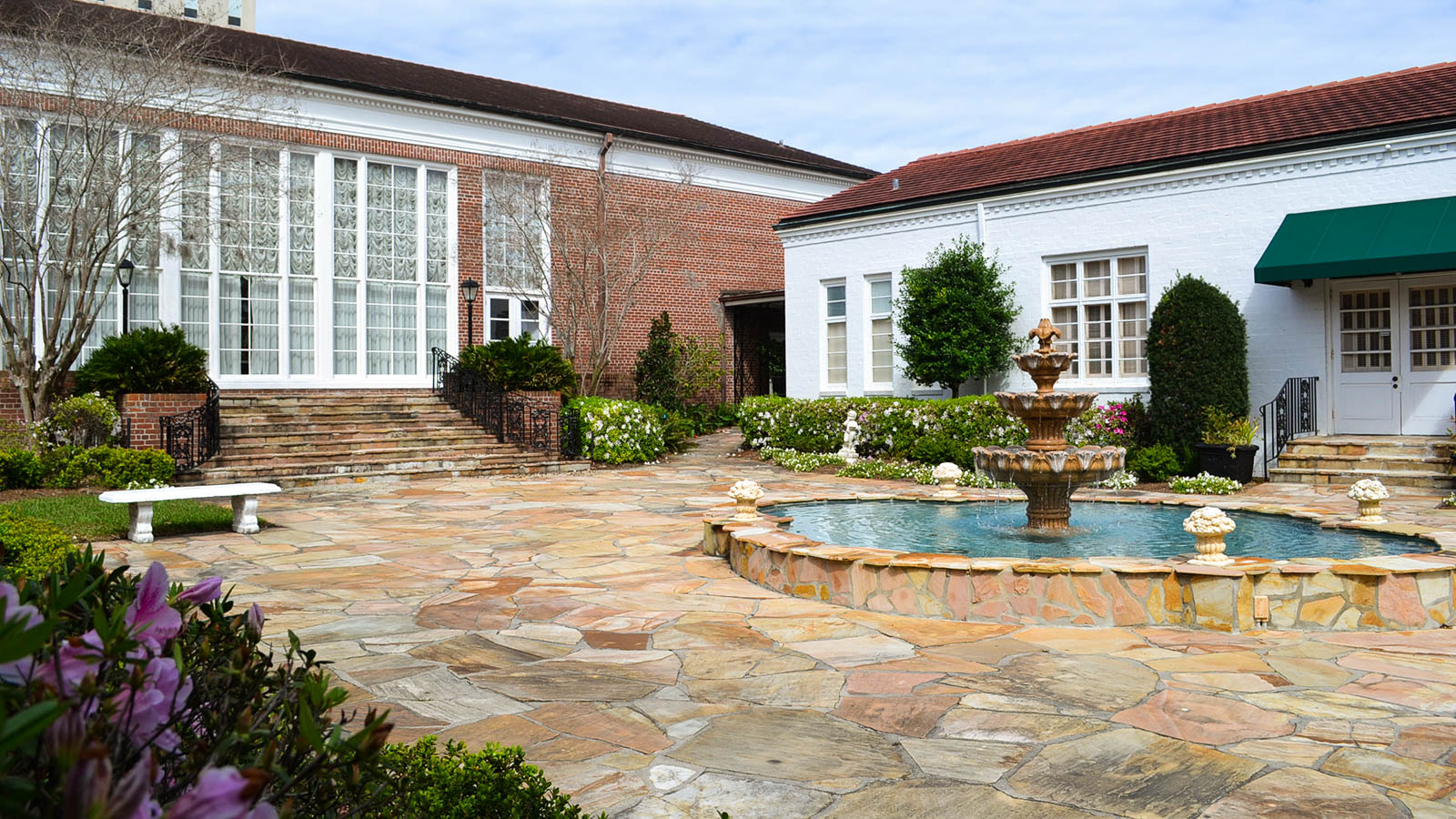 With the growth of the Garden Club, it soon became clear that a home base or clubhouse was needed. After years of planning and fundraising, the Garden Club was able to purchase land and build at the present location on Riverside Avenue. The first building was a slat house known as the Exhibition Building which was destroyed by fire. It was replaced with the current Club Room, which opened on January 3, 1948. As the Garden Club continued to grow it was evident a larger space for meetings and events was needed. The distinctive columned main building, which houses the office, library, Ballroom, and supporting spaces, was opened in 1958. This building continues to be the site of horticulture and design lectures, demonstrations, exhibitions, and plant and garden sales. Several major plant societies of the area also meet and exhibit at the Garden Club.

The Garden Club continues to be a self-supporting, nonprofit organization dedicated to education, beautification, and conservation citywide. Circles also undertake their own projects—HabiJax, I.M. Sulzbacher Center, A.L. Lewis Center, neighborhood common areas, schools, hospitals, nursing homes, and various civic projects of interest to them. Through the FFGC, the Garden Club donates seeds and tools to countries in need so that people can grow their own food and provide for themselves. The Garden Club sponsors children’s enrollment at Camp Wekiva, a nature camp operated by FFGC, and sends teenagers to participate in SEEK, a conservation conference of the FFGC.

All amateur gardeners are welcome to share in growing, conserving, designing, and beautifying with the Garden Club of Jacksonville.