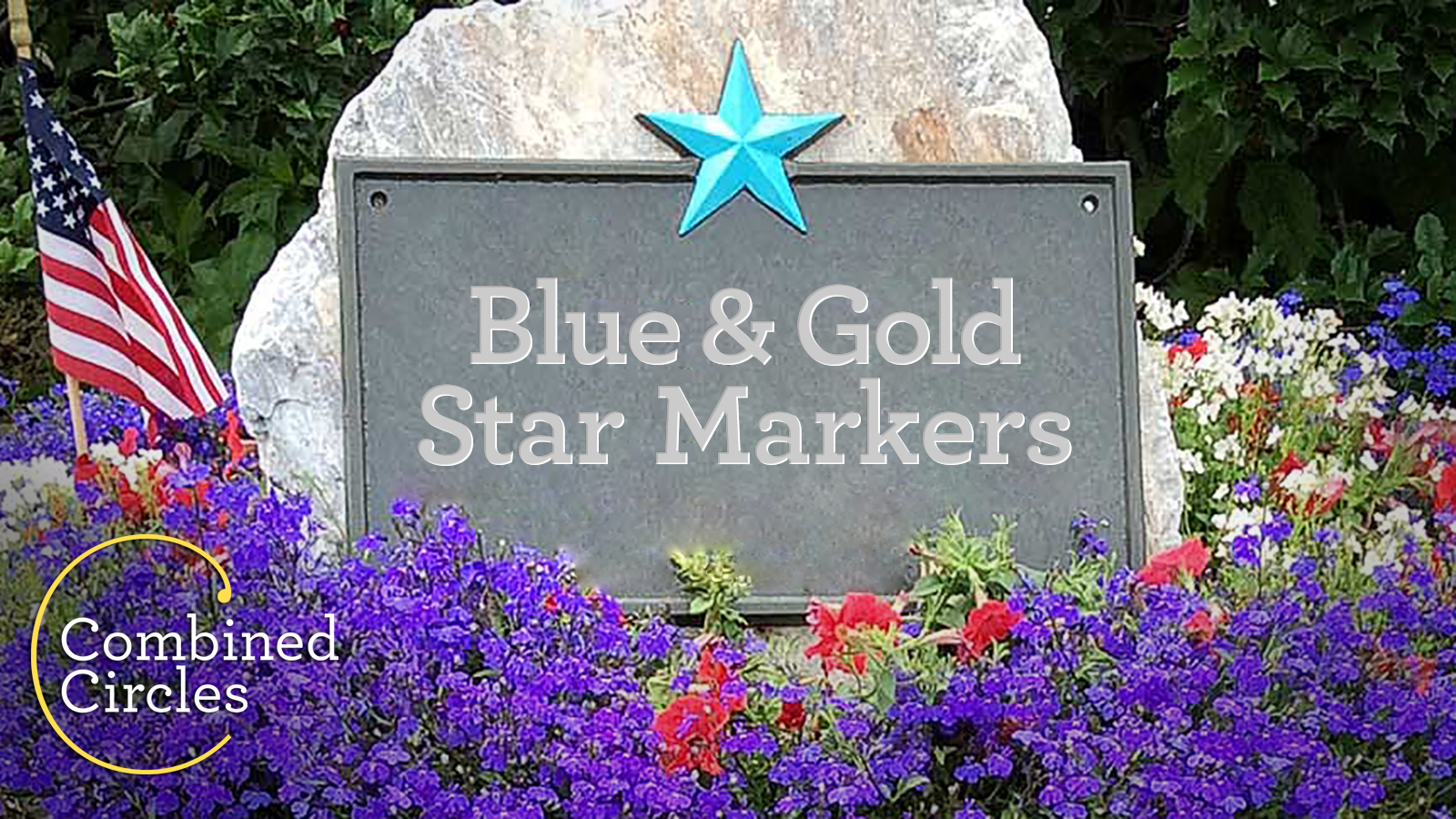 The Blue Star Program honors all men and women that serve in the United States Armed Services. This program began with the planting of 8,000 dogwood trees by the New Jersey Council of Garden Clubs in 1944 as a living memorial to veterans of World War II. In 1945, the National Council of State Garden Clubs (now National Garden Clubs) adopted this program and began a Blue Star Highway system that covers thousands of miles across the United States, Alaska, and Hawaii. Blue Star Memorial Highway Markers were placed along the way. The Blue Star was adopted because it had become an icon in World War II and was seen on flags and banners in homes for sons and daughters away at war as well as in churches and businesses.

America’s Gold Star Families is a nonprofit organization created to provide support to those who have lost a loved one in service to our country through the United States Armed Forces. Their mission is to offer honor, hope, and healing through remembering fallen heroes by coming together. The name Gold Star came from the custom of families of service members hanging a banner called a service flag in the window of their homes. The service flag had a star for each family member in the United States Armed Forces. Blue Stars represented living service members while a Gold Star represented those who had lost their lives. NGC clubs work with Gold Star Families to honor our fallen heroes with Gold Star Markers.

The Garden Club of Jacksonville is currently working on refurbishing an existing Blue Star Memorial on Roosevelt Boulevard near Park Street.

Combined Circles is an occasional program that allows members of garden circles to meet at the Garden Club of Jacksonville for fellowship and camaraderie.

This program will be offered in-person at the Garden Club and simultaneously on Zoom. Masks are required for those attending the event in-person to help protect the speaker.

Help Us Spread the Word ...